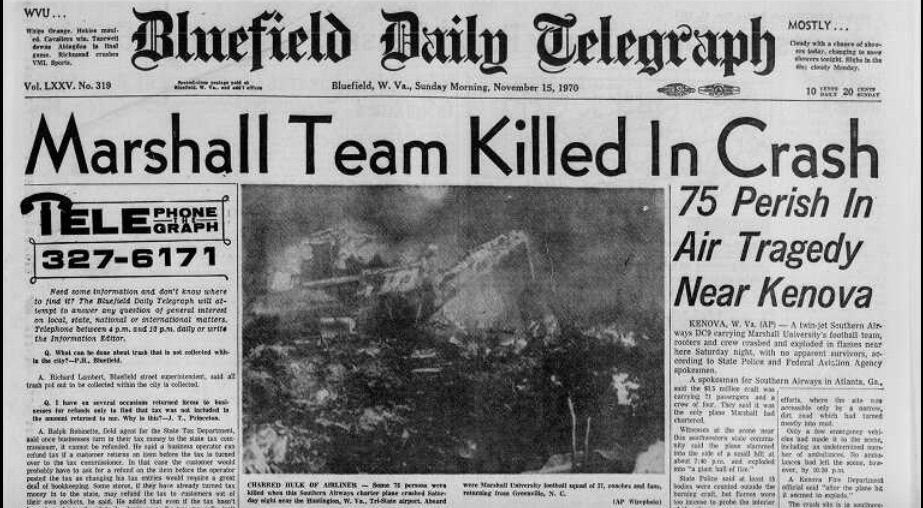 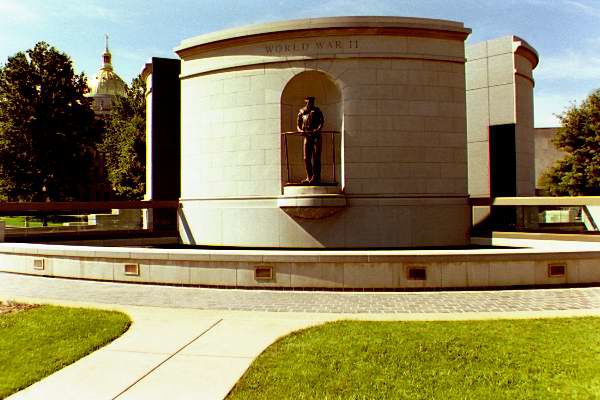 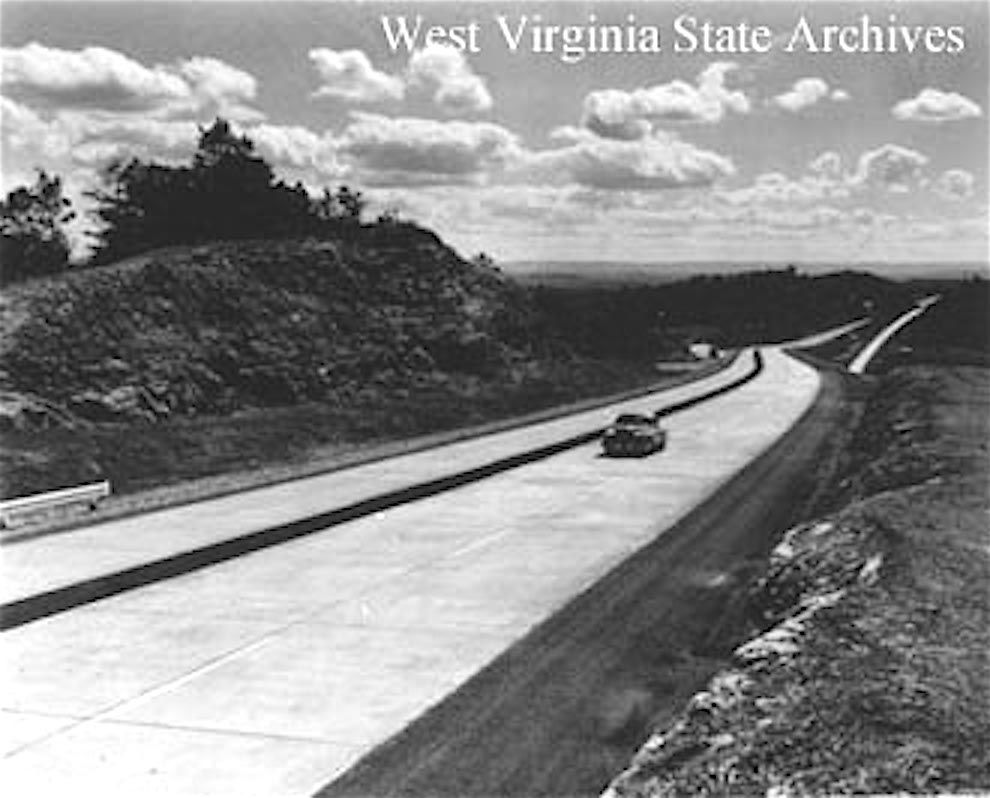 • November 9, 1874 — Matthew Mansfield Neely, who served as congressman, governor and United States senator, was born in a log cabin in Doddridge County. Born in Grove, Neely began teaching in Mineral County at the age of eighteen. After studying at Salem College and West Virginia University, he entered the military during the Spanish-American War. In 1907, Neely was elected mayor of Fairmont. He served in the United States House of Representatives from 1913 to 1921 and in the United States Senate from 1923 to 1929 and 1931 to 1940. He resigned his senate seat and the important position of chair of the Senate Judiciary Committee to run for governor. Neely’s candidacy was the result of a split within the Democratic party. With the support of labor, he backed improvements in unemployment compensation and the establishment of a human rights commission. He was a New Deal Democrat and advocate for organized labor and civil rights. During his terms in the Senate in the 1930s he sponsored “anti-lynching” legislation, but such legislation never passed. The major accomplishments of Neely’s administration included a new law requiring higher appropriations to the State Health Department for cancer treatment, an increase in welfare grants, reforms at state institutions, an increase in the teachers’ retirement pension, stricter enforcement of the child labor law, and better mine inspections, which reduced the number of coal mine accidents. Senator Neely introduced the first Department of Peace bill in 1935.Neely reintroduced the bill in 1937 and 1939. In 1937, along with senator Homer Bone and representative Warren Magnuson, Neely introduced the National Cancer Institute Act, which was signed into law by Franklin Roosevelt on August 5 of that year.The Neely Anti-Block Booking Act gradually broke the control of the movie theaters by the studios. In 1942, in the middle of his term as governor, Neely made the controversial decision to run for his old United States Senate seat. He was defeated. Neely was elected to the House of Representatives at the end of his term in 1944 but was defeated in a 1946 bid for re-election. From 1949 to 1958, he again served in the Senate. For decades, he controlled the state’s Democratic “machine” and handpicked candidates to receive the party’s nomination for the state’s highest public offices. Neely was known through his political career as a master orator. In his honor, Fairmont State University sponsors an oratory contest in his name every year. He is the only West Virginian to serve in both houses of the United States Congress and as the Governor of West Virginia. He is also the only person to have held a full term in both Senate seats from the state. He continued to serve in the Senate until his death in 1958, after which he was interred in Fairmont’s Woodlawn Cemetery.

• November 11, 1995 — The West Virginia Veterans Memorial was dedicated. The memorial is a two-story oval shaped monument honoring more than 10,000 West Virginians who made the ultimate sacrifice in defending the nation in twentieth century conflicts. Located on the grounds of the Capitol complex and composed of four limestone monoliths surrounded by a reflecting pool, the interior walls are faced in polished black granite etched with the names of these men and women. The Memorial was designed by P. Joseph Mullins, who also sculpted the four figures representing the four major twentieth century conflicts and the four major branches of military service.

• November 14, 1970 — A chartered plane carrying the Marshall University football team, coaching staff, and supporters of the program crashed near Huntington, killing 75 people. Coming back from a game in Greenville, N.C. where the team lost 17-14; in a rainy, foggy night, the decision was made to charter Southern Airlines flight 932, a move that was ultimately fatal for the 37 team members, 8 coaches, 25 boosters and 5 flight crew, 75 in all.  At 7:34 p.m., the airliner’s crew reported passing Tri-State Airport’s outer marker and the controller gave them clearance to land. The aircraft began its normal descent after passing the outer marker, but did not arrest its descent and hold altitude instead descending for another 300 ft for unknown reasons, apparently without either crewmember actually seeing the airport lights or runway.According to the flight recorder during the last moments of descent, the co-pilot calls out “four hundred” and agrees with the pilot they are on the correct “approach.” However, in the next second the co-pilot quickly calls out new readings, “hundred and twenty-six ... HUNDRED,” and the sounds of impact immediately follow. The plane collided with the trees along the hillside west of runway 11 where it burst into flames and created a swath 95 feet wide and 279 feet long where the craft, according to the NSTB report, “dipped to the right, almost inverted and had crashed into a hollow ‘nose-first” coming to a stop 4,219 feet short of the runway. The report additionally notes, “most of the fuselage was melted or reduced to a powder-like substance; however, several large pieces were scattered throughout the burned area.” It was later termed as an un-survivable crash. It was termed as the worst domestic air crash at the time and is still considered one of the worst domestic athletic aviation disasters in history. According to reports at the time, the heat and flames were too intense to recover the bodies and “there were bodies, limbs, and wreckage scattered” over the 200 yard diameter scene. Locally, the tradgedy hit home as news that Jim “Shorty” Moss, the assistant coach at BHS in 1963, Dennis Blevins, a Park Central graduate and junior at Marshall, and Coach Rick Tolley of Mullins were in fact on the fateful airline. In addition to the team and coaching staff, the crash took several prominent businessmen and boosters that accompanied the team that night. The crash, devastated & demoralized, the entire town and almost led to the school’s football program indefinitely cancelled. Funerals and memorials continued for weeks and months, each one carefully scheduled as not to conflict. Only a year earlier, the school had been ejected from the Mid-American Conference following more than 140 NCAA violations in regards to their recruitment practices. However, coach Jack Lengyel, students and players who were not on the flight , and “Thundering Herd” football fans convinced Marshall’s dean, Dr. Donald Dedmon, to reconsider. After almost 50 years, the aftereffects of the crash still resound in the hills around Huntington. Yearly remembrances and memorials continue to occur on the campus; and a campus memorial near the Marshall Student Center, a bronze-and-copper fountain with 75 separate jets of water in memory of the 75 who died, is the scene of annual ceremonies.