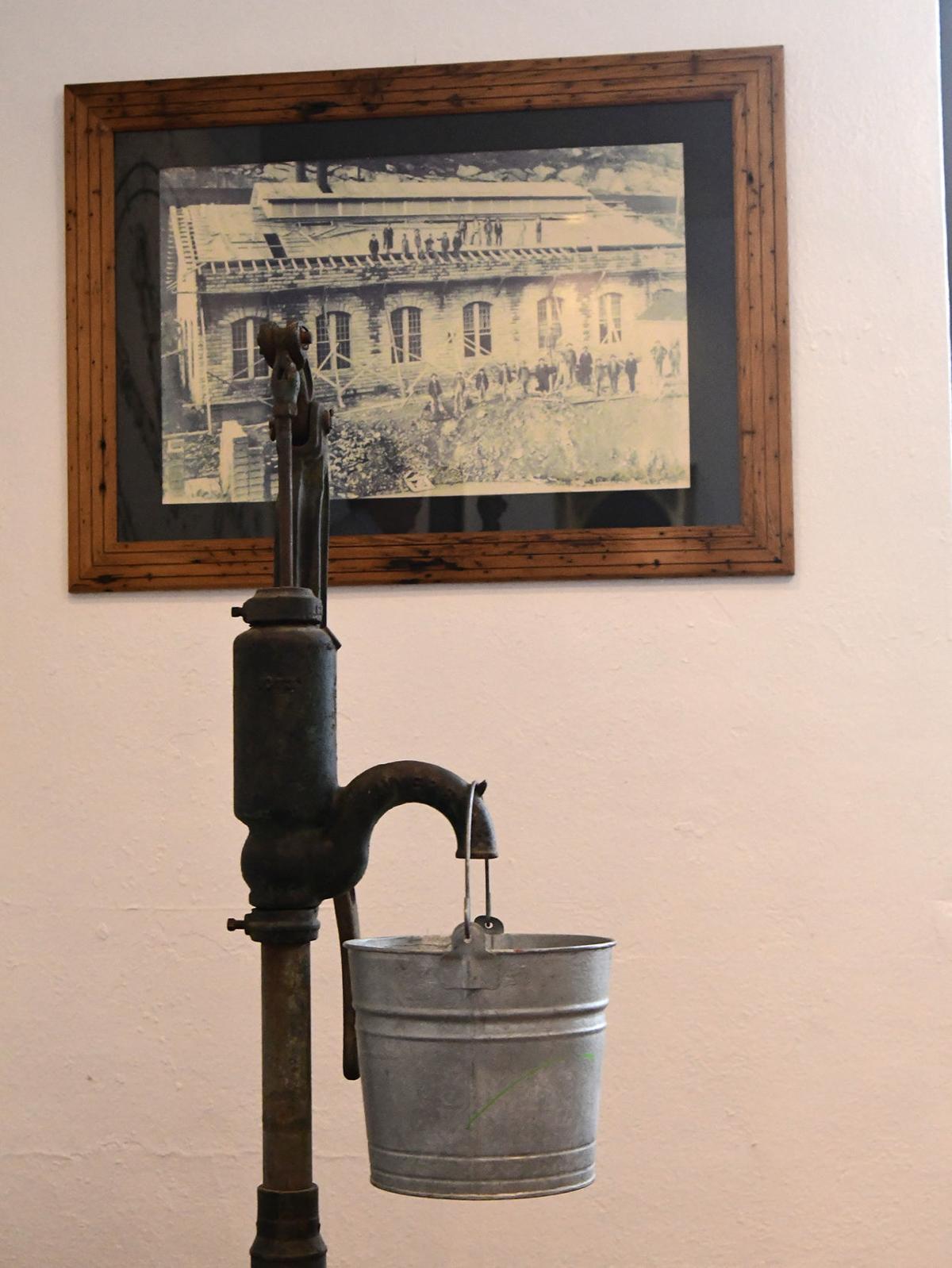 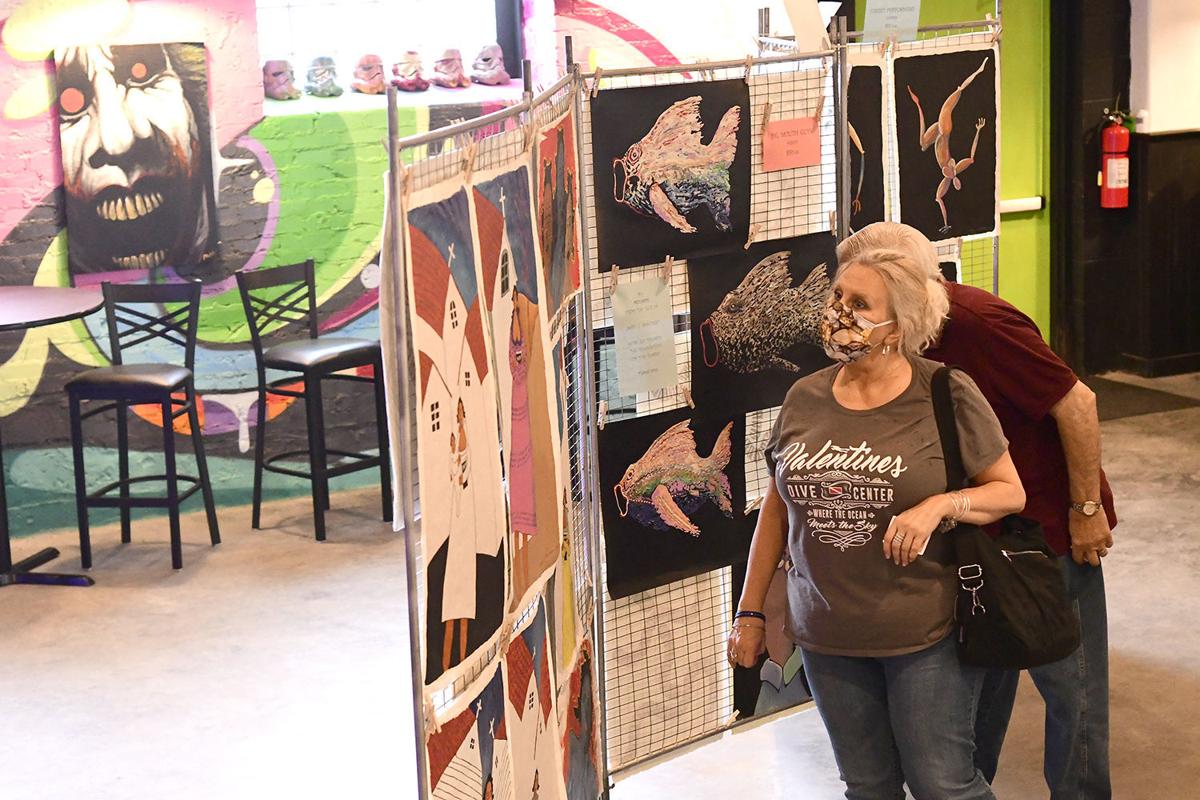 BLUEFIELD — A gallery featuring local artwork joined a new showcase for local history when the Gary Bowling’s House of Art and the One Thin Dime Museum opened for a public sneak peek at the former Ramsey School.

Art and displays resulting from months of work were revealed Friday when the gallery and the new museum opened to the public.

“The gallery opens tonight, but the story tonight is the museum,” said Vicki Queen, the gallery’s director.

Upstairs, visitors could see paintings, sculptures and prints being sold by local artists as well as new decor bringing the once-vacated school back to life. A trip downstairs took them to the new One Thin Dime Museum.

The museum’s curator, John Velke of Bluefield, said the exhibits he has collected celebrate Bluefield’s past. While other museums explore the city’s coal and railroad history, the new museum gives visitors a look into the lives of Bluefield’s residents.

Velke said he got the idea for the museum’s name by recalling the circuses and carnival sideshows that offered visitors the chance to see sights such as the world’s largest snake. They would be told that “you’ll see something you’ve never seen before and will never see again” for just “one thin dime.” Guests are asked to donate 10 cents or more when they come to visit.

“We’ve been working on it since the first of the year,” he recalled. “We planned to open it in April, but we delayed it because of the COVID thing.”

Some of the museum’s exhibits bring forth memories to people who grew up in the Bluefield area. For example, visitors can see the outline of a chicken on a bicycle if they look at a neon sign that once stood near Bluefield State College. It belonged to the Bluefield Drive-In, and anyone who grew up around Bluefield during the 1960s will remember its “Chicken in the Ruff” motto.

When you saw that sign, you knew that you were in Bluefield, Velke said.

Other exhibits celebrate the lives of Bluefield residents such as the late photographer Mel Grubb, who was well known for his aerial and historic photographs of the region. Visitors can see a special camera housing Grubb invented which allowed him to take photos deep in underground coal mines; it kept camera electronics and flash sparks from igniting methane gas.

Another exhibit tells visitors about another distinguished resident, Nobel-prize winner John Nash. They can also see a copy of a board game he invented.

Visitors can encounter Native American artifacts, a piano musician Duke Ellington once played, gates used at the old Colonial Theater when segregation was the law, Civil War and World War I items, and items from the old Baldwin Felts Detective Agency. One of Baldwin Felts items is a pair of glasses with a bullet hole in it.

Nearby is a “one of a kind” item that resembles on old operating table. Velke said it was used by a fraternal order for initiations. The potential new member would be blindfolded, strapped onto it, spun around and even informed that he was going to be branded. He would get a small electric shock, instead.

One of the larger exhibits is something many people have heard of, but few from outside the region have actually seen: an outhouse. Velke said he found it at an unincorporated Mercer County community called Dunns, disassembled it, and then put it back together in the museum.

“You’d be surprised how many people have never seen an outhouse, especially a two-seater,” he said.

Gary Bowling’s House of Art and the One Thin Dime Museum are now open Saturdays from 11 a.m. to 4 p.m. and other days by appointment. People interested in visiting can call 304-324-4242.

Outside, Bowling was greeting people as they arrived at the doors. Work on the old Ramsey School is continuing, and there are plans for facilities such as artist studios. A grant from the Hugh I. Shott Jr. Foundation gave the building a new roof, and the West Virginia Arts & Culture Center in Charleston has provided assistance.

“We love it,” Bowling said of the school. “We’re here to bring this grand old lady back to life.”