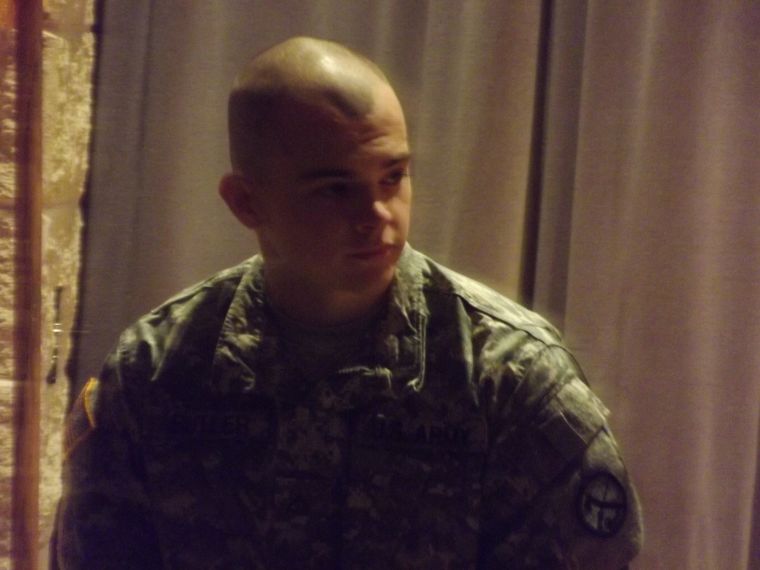 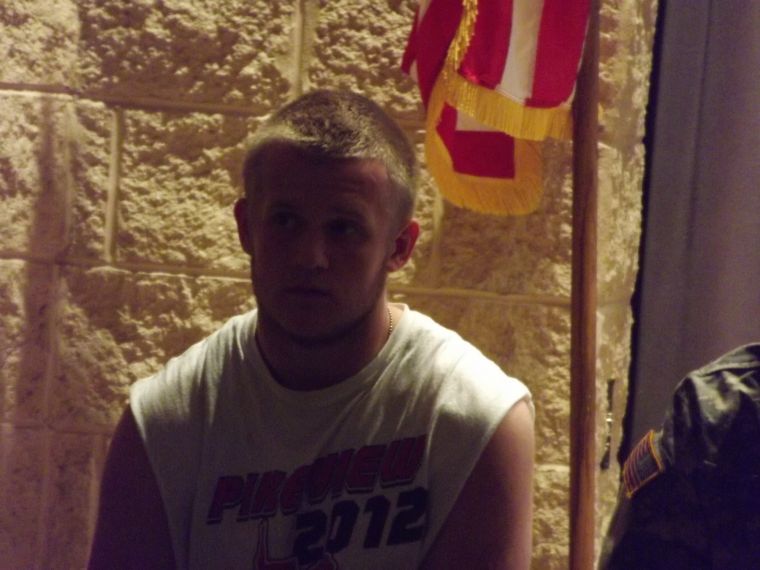 GARDNER — PikeView students had a personal connection to the Veterans Day presentation at their school Friday morning.

Two PVHS seniors, Joshua Butler and Joshua Addair, have agreed to join the West Virginia National Guard upon their graduation. Both have already completed the basic training requirements.

Butler said that it meant a lot for his classmates to show respect for veterans. Before he joined, he had enjoyed the holiday as a day away from the classroom, but after joining, he saw firsthand the sacrifices that members of the military and their families make.

Addair added that he too, had a different perspective on the holiday.

PikeView history teacher Stephanie Bragg organized the event to display the importance of Veterans Day. Bragg is married to a veteran and very passionately explained what her family went through during his deployment to Iraq.

“I just kind of feel like kids don’t understand the importance of Veterans Day,” Bragg said before the second presentation kicked off. “As a history teacher, it’s my job to teach about civic responsibility.”

Bragg continued to share the true story of her husband. He did two tours of duty around the time their daughter was born. Her husband did not get to witness his daughter’s birth but was able to make it home when his daughter was four years old.

“He didn’t see her again until she was almost 10 months old,” Bragg told the class to illustrate the sacrifice that veterans have made for their country.

Bragg asked Sgt. 1st Class Anthony Johnson, a local recruiter with the West Virginia National Guard, to give the presentation.

Before she handed the microphone off to Johnson, Bragg told the history students gathered in PikeView’s auditorium about the origins of the holiday. She explained Veterans Day began as the celebration of Armistice Day that celebrated the ending of World War I.