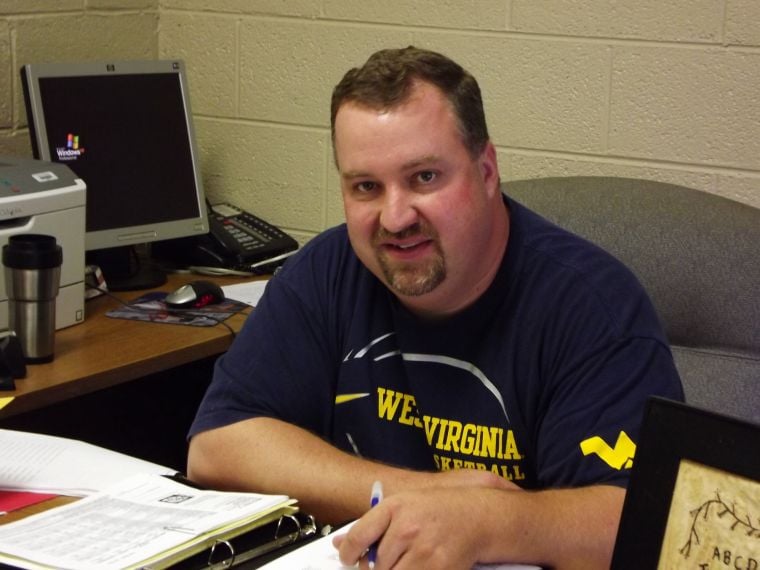 Oakvale Prinicipal Ernie Adkins takes a break from preparing for the school year to pose for a photo. 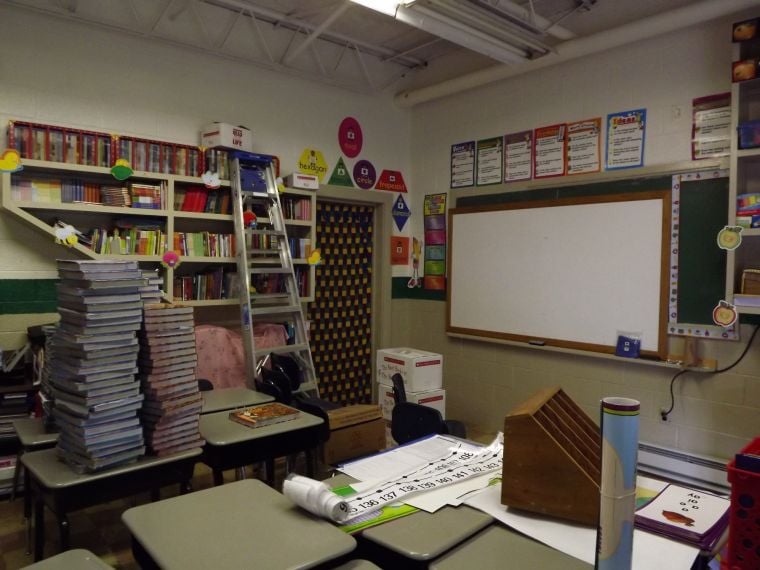 The classroom of fifth grade teacher Katie Garrett. No visible changes were made to the room that sits above the school's gymnasium.

Oakvale Prinicipal Ernie Adkins takes a break from preparing for the school year to pose for a photo.

The classroom of fifth grade teacher Katie Garrett. No visible changes were made to the room that sits above the school's gymnasium.

Oakvale Principal Ernie Adkins would like parents to know that his school will be ready to educate their children next Monday.

“The only thing the kids are going to notice is that they are going to eat lunch in a different place,” Principal Ernie Adkins explained. “They’ll be eating lunch in the gym instead of the cafeteria.”

Adkins has taken special care to make sure that everything is normal for the children during the year while the new elementary school is under construction.

Adkins provided a tour of the facility the way and pointed out that very little had been done to change the classrooms of the school.  Aside from construction workers cleaning the halls, one could be forgiven for thinking that Oakvale was a normal school preparing for a normal year of instruction.

“Every classroom from Pre-K to Five is going to have their own classroom,” Adkins said. “No one is going to be tucked into a corner of the stage or anything. A lot of my teachers were here today getting ready for this year.”

He explained that he had insisted that air conditioning systems be kept in some classrooms.

“I had them put the AC unit in the wall,” He said in one classroom that had the unit removed from the window at the insistence of the Fire Marshall. “I told the people of Oakvale that everything was going to be normal and that nothing would change this year. If there was AC in a classroom last year, it’s in there this year.”

The issues- power, telephone, and water- that necessitated change orders from the Mercer County Board of Education are going to be ready to start the year.

“We’ve already taken care of the water,” Adkins said. “We were told that the water project would be ready but it was not. So, we’re going to be using our well at the beginning of the year.”

Adkins also reported that Monday morning Appalachian Power had finished setting up the school in power and that work was currently under way for telephone service to be provided by Monday.

“Right now, the only thing left in this part of the school is the clean up,” Adkins said. “You know you’re close when the maintenance man is picking up remnants.”

Still, for parents who additional concerns about the situation, Adkins has scheduled a meeting on Thursday at 6 p.m at the school to discuss the situation.