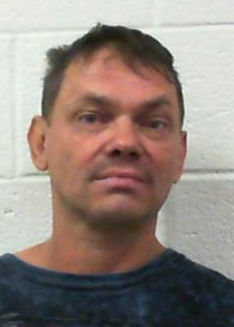 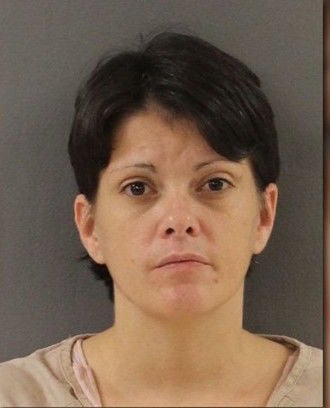 Former Princeton residents, Joshua Small, 52, and Joni Amber Johnson, 36, were both sentenced on Tuesday morning. Small was sentenced to 30 years in prison while Johnson was sentenced to 25 years, according to a representative from United States Attorney J. Douglas Overbey’s office.

The two committed crimes spanning three states between May and July of 2018, with some of these involving holding the elderly at gunpoint. From West Virginia, Virginia and Tennessee, Small and Johnson terrorized a total of seven elderly people, according to prosecutors.

“The Department of Justice will always stand firmly against those who seek to terrorize, take advantage of, and abuse our country’s citizens. While this case is noteworthy for the extreme violence and the large geographical area of the crime spree, we know that this is not an isolated incident. Preventing further crimes such as those committed by Joshua Small and Joni Amber Johnson is one of our greatest priorities,” Overby said in the release.

Three of these home invasions in particular involved grievous physical violence against the victims. These three were highlighted in a release from Overbey’s office.

In Jefferson County Tennessee, the pair invaded the home of an 81-year-old man, struck his neck and head, gagged him, and bound his hands and feet before robbing him of $3,200 according to the release.

In Dandridge, Tennessee, the pair entered the home of a 72-year-old male and physically assaulted him. According to the release, Small struck the man in the neck and head, used power cords to bind his hands and feet then pushed him down a flight of basement stairs.

In Princeton, the two forcibly entered the home of an 88-year-old woman, struck her in the face then stole her purse. After Johnson knocked on the woman’s door asking to use the telephone Small rushed into the home and struck the victim in the face.

This victim had to be transported to Roanoke, Va., via helicopter, to be medically treated, the release said.

In Narrows, Va. they knocked an elderly man to the ground in his home, held him at gunpoint, then robbed him. In Rocky Gap, Va., a 93-year-old woman was unharmed after the two held her at gunpoint and stole her purse, cordless phone and jewelry box.

Prior to this sentencing, Small committed crimes ranging from burglary to murder spanning from the 1980s to the 2010s.

In 1995 he was indicted for the shooting death of a Princeton man. After this sentence, Small was serving time at Mount Olive Correctional Center for unlawful wounding where he was stabbed in the back. This was a non-life-threatening injury.

Prior to this 1995 indictment, Small escaped police custody while being transported to Southern Regional Jail after smuggling a shackle key into the transportation van and fleeing via a window, in 1994. This escape resulted in “cages” being installed on all transportation van windows.

In 2010 he was arrested for two malicious wounding counts, a probation violation and a robbery charge.

Other than these charges he was also charged for 15 crimes taking place in 2016 in Tazewell County including four counts statutory burglary, four counts larceny of a firearm, three counts destruction to property, two counts grand larceny and petit larceny.

Small was also arrested in November 2017 for committing five crimes in Russell County, Va. including property damage possession of a firearm by a violent felon and two counts grand larceny. He was released on bond in February 2018 after meeting bond.