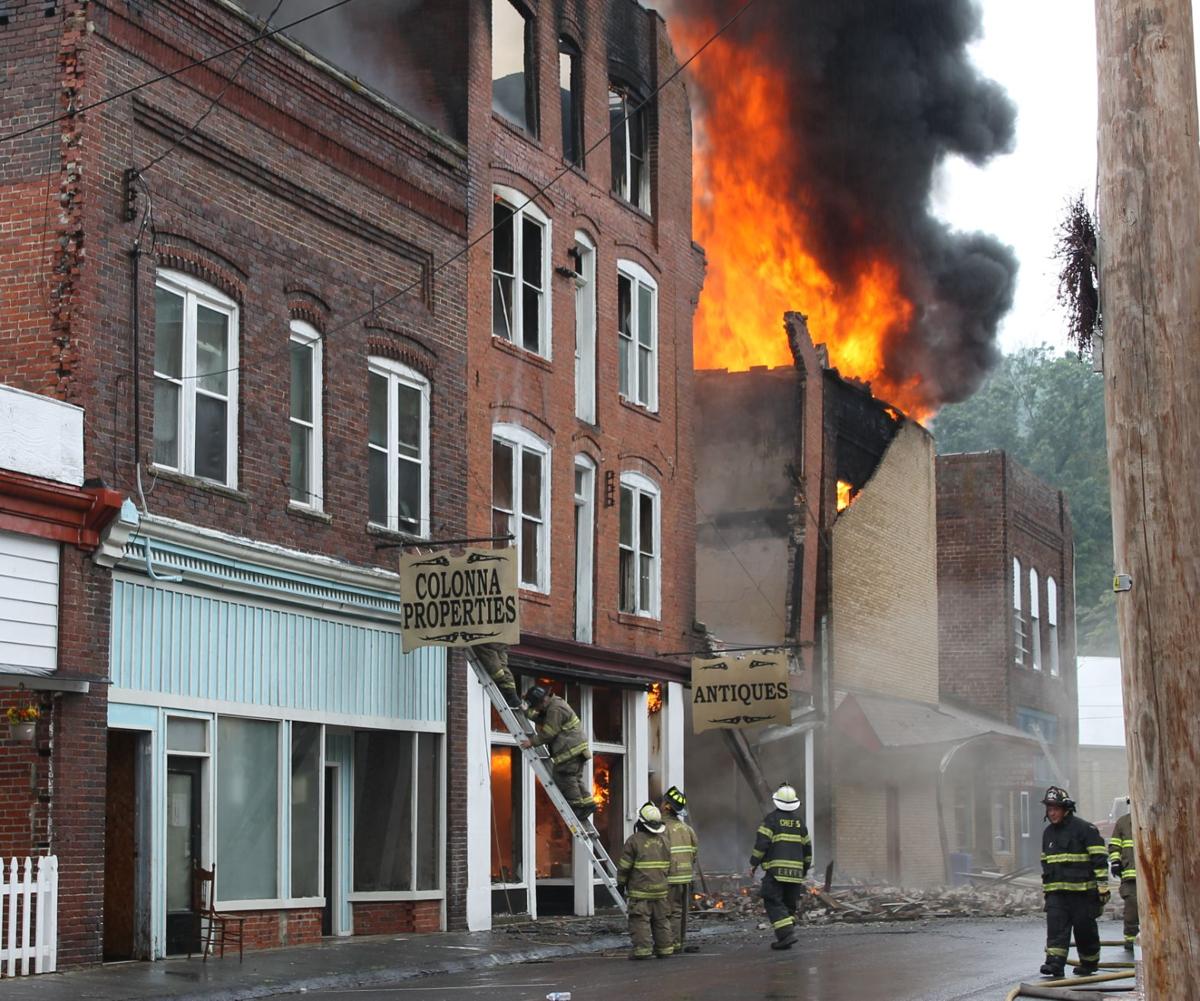 Firefighters from several departments worked to battle a blaze that started at an apartment building on Barger Street in Matoaka Friday morning and spread to multiple buildings. 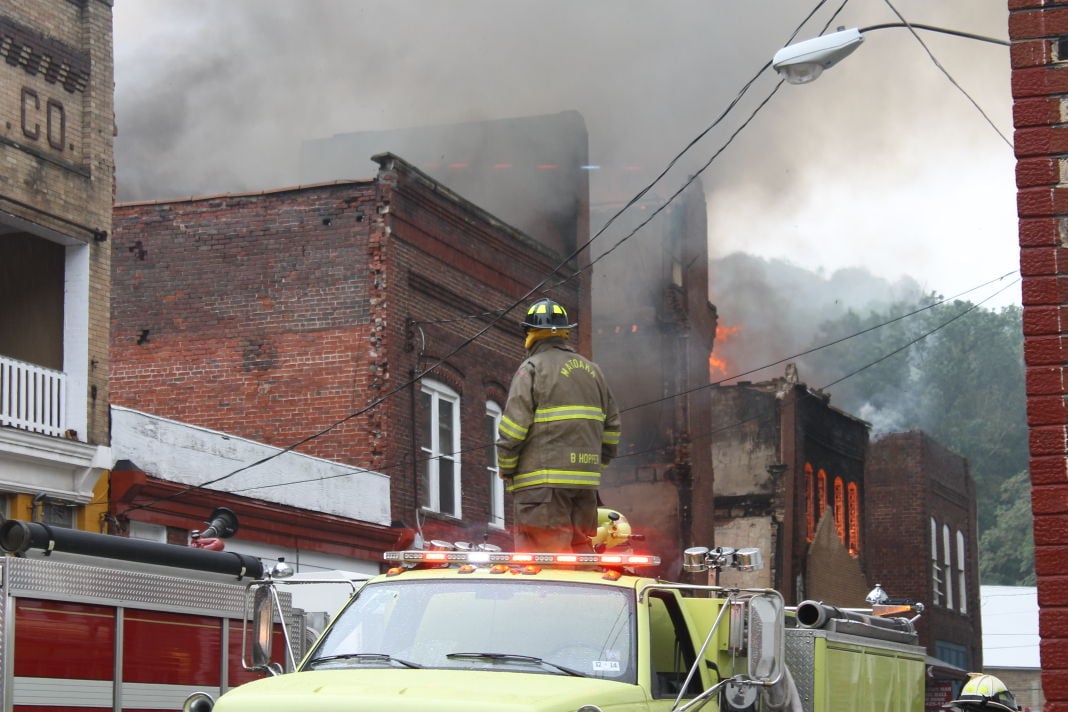 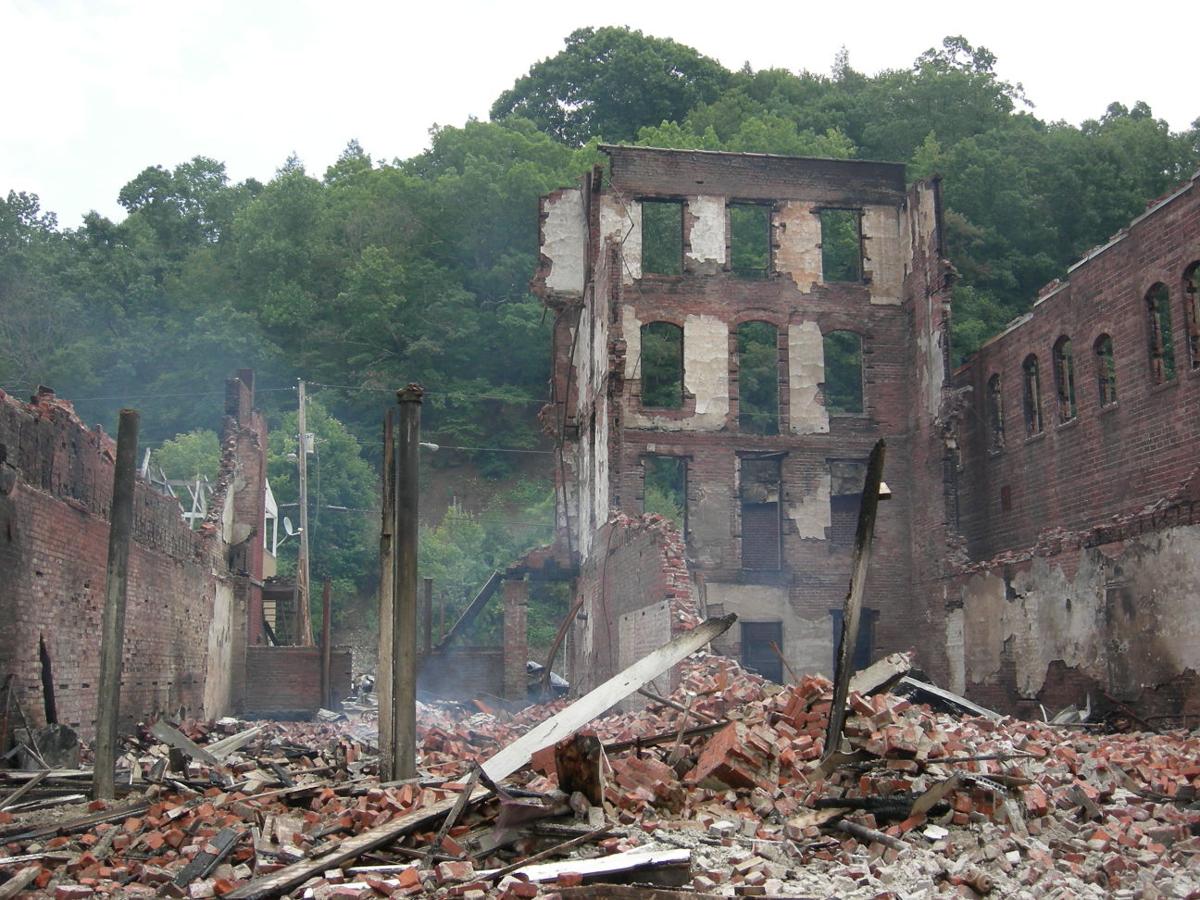 Part of downtown Matoaka sits in ruins after a fire spread to five buildings on Barger Street on Friday.

Firefighters from several departments worked to battle a blaze that started at an apartment building on Barger Street in Matoaka Friday morning and spread to multiple buildings.

Part of downtown Matoaka sits in ruins after a fire spread to five buildings on Barger Street on Friday.

A member of the Matoaka fire and police departments said if the fire department had an adequate water supply to fight a recent apartment fire the blaze might not have spread to adjacent buildings.

Matoaka Police Chief and Assistant Fire Chief J.P. Sommers said the fire department has access to 15 percent of the town’s water supply and that the water is not connected to an adequate system.

“Matoaka has been trying to get West Virginia American Water to buy out the system,” he said. “The water system is fed from a natural spring.”

Sommers said the fire department also needs the ability to hold a greater quantity of water in the trucks when responding to a fire. He believes an increased fire fee would benefit the department.

“It would allow the department to purchase an apparatus to hold double the quantity of what we have now,” he said.

The device would be a pumping apparatus that is stored in the back of the fire truck. Sommers said the current apparatus is 20 years old and the department can’t afford to buy another one.

In 2008 the department built a new fire station to replace the original station built in the early 1900s.

“It wouldn’t pass the fire marshall inspection and it took a $200,000 loan to build the new station,” he said. “With the loan payment, workers comp and insurance we can’t afford new apparatus.”

Sommers said some don’t realize how important fire fees are to the fire department.

“Most people don’t understand the importance of the fire fees until they need it,” Sommers said, “Sadly, then it might be too late.”

The Mercer County Commission is working on a proposed fire fee increase and will hold public meetings on the increase at a later date.

The commission hopes to implement the new fees on July 1, 2015.

While Matoaka firefighters battled the apartment blaze on Barger Street Friday they ran out of water and had to call in surrounding departments for assistance.

Sommers said the fire may not have spread if the department had the water they needed.

The department runs into this problem on a regular basis and often has to call other departments for assistance when called out to a fire, Sommers said.

He added that the department does their best to work with what they have.

“We train firefighters in the rural water movement,” he said. “They are taught how to draft (removing air from a hose line and creating a vacuum to extract water from a body of water) and how to get an adequate water supply.”

Matoaka Mayor Todd Colonna said the town only has about 100 households using the water supply which means attaching the system to a public line is not a high demand. Though West Virginia American Water planned to take over the system in the past, but didn’t, Colonna said they are talking about that possibility again.

“We’re trying to get grants so West Virginia American Water can take over,” he said. “That would bring us up to a moderate water supply.”

When asked about issues firefighters have with putting out a fire with an adequate water supply, Colonna said it has always been a problem.

The departments shuttled water in from Widemouth Creek in Lashmeet.

Police arrested Brandon Coomes, 29, of Lashmeet, Friday evening on charges of arson in the third degree and entering without breaking in relation to the fire.

Sommers said the incident has been deemed as accidental arson.

No injuries were reported at the scene of the fire and everyone was successfully evacuated from the buildings immediately after the fire was apparent.

Four unrelated arrests were also made. One was drug related and three others were arrested for obstructing a firefighter, assault and battery of a police officer and resisting arrest.