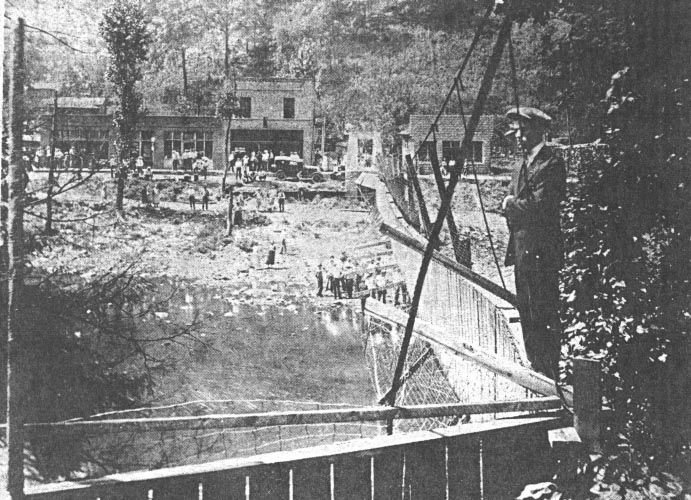 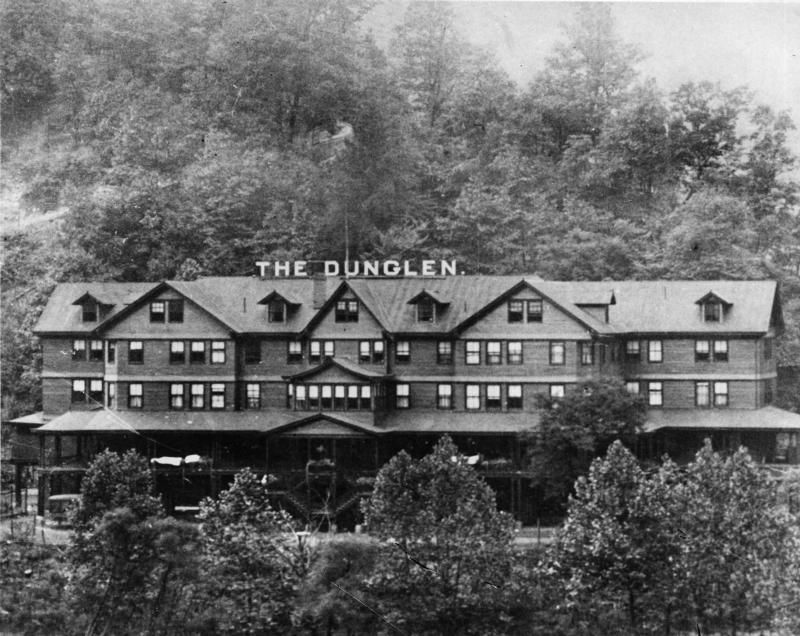 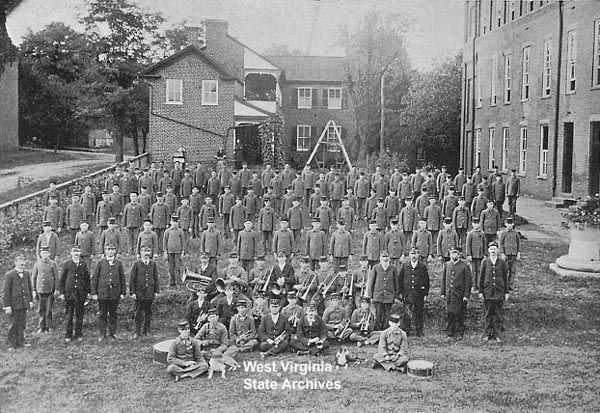 • On July 20, 1874 — The Supreme Court of Appeals of West Virginia set aside the murder conviction of Taylor Strauder and sent the case back to Ohio County for further action. Strauder was finally freed from jail in 1881. When Taylor Strauder murdered his wife with a hatchet, he set in motion events that would change how this nation’s juries are selected. Strauder and his wife, Annie Sly, lived in Wheeling. Both were born into slavery and later found freedom as a result of the Civil War. Taylor Strauder and Annie Sly were married in 1871 but their honeymoon didn’t last long, because Strauder’s friends began teasing him about Annie’s infidelity. After the two began fighting, sometimes in public, Annie asked for police protection. They reconciled for a while but, after more harrassment from his friends, Strauder finally killed Annie Sly with a hatchet. Strauder’s first trial resulted in his conviction on November 5, 1874. He was sentenced to be hanged. The case was eventually tried in the United States Supreme Court which rejected the West Virginia Supreme Court’s decision that Taylor Strauder did not have the right to a jury pool in which blacks were included. State law at the time only allowed white men between the ages of 21 and 60 to serve on juries. The Strauder case was one of the first decisions by the U.S. Supreme Court to expand black rights beyond the voting rights African-American men obtained with the Fifteenth Amendment to the Constitution.

• July 21, 1890 — The West Virginia Reform School at Pruntytown opened. The West Virginia Reform School was established for the reformation of male minors under sixteen years of age, by an act of the legislature passed February 11, 1889. As this was the first reformatory institution that had been established in West Virginia, the members of the Board of Directors visited some of the well established juvenile reformatories in other States, so as to get the benefit of their experience in how to govern and care for the inmates. During the period from July 21, 1890, to September 30, 1890, six boys were committed to the reform school in order to prevent their being sent to jail or the penitentiary, having been accused or convicted of some crime. The superintendents did not adopt the old prison-style system at the school. No high walls or barred windows were present, nor were there armed guards. The boys were given comfortable quarters, and good substantial food, are treated kindly, taught the usual English branches and made to work at some useful employment; but they are under constant watch and subject to firm and rigid discipline. Boys as young as six to eight years old were once housed in the facility. In 1914, the legislature established a minimum age of 10. Originally stressing a military-style discipline, a program evolved that emphasized education, training, and farm work. By 1917, eight years of education were offered, providing a full grade-school education. The institution closed its doors in 1983, bur reopened in 1985 as a minimal security facility and was co-educational for a brief time in the early 2000s. The facility houses around 300 to 400 inmates currently.

• July 22, 1930, — The infamous Dunglen Hotel in Thurmond was destroyed by fire. Although now it’s hard to imagine that the ghost-town of Thurmond was once famous for its liquor, gambling, and coal, it is one of the more notorious of the coal towns built around the turn of the century in Southern West Virginia. The Dunglen Hotel, built by Mr. Thomas G. McKell, was a 3-story wooden building, which boasted a double-decker porch on three sides and 100 rooms for rent. The average cost for a one-night stay at the Dunglen Hotel was $2.50, more than the average coal miner’s weekly wage. The hotel, located across the river from rival Thurmond Hotel, offered dancing, prostitution, and liquor; quite the opposite of the Thurmond Hotel which banned liquor and gambling on the property. In 1901 Captain Thurmond officially incorporated his town and outlawed the sale of liquor. In order to save his business, Thomas McKell extended the boundaries of Glen Jean, (the town he owned), to include his hotel. The Dunglen had bands, fine china, fresh seafood, parties, and political conventions. The bottom floor had a mortuary, grocery and dry goods store, drug store, shoe shop, furniture store, and bank. The Dunglen was nicknamed “Little Monte Carlo” for its liquor and gambling. Coal miners were paid on Saturday evening and would “blow off steam” at the hotel on the Southside. The hotel went up in flames in the late evening, blamed on defective wiring and according to reports, “It made a tremendous fire, which had gained too much headway to be extinguished by the time Mt. Hope and Oak Hill fire departments could be summoned to the scene. It burned from 10:30 until well after midnight,” The loss was estimated at the time at about $100,000 and was a total loss.

• July 23, 1966 — An explosion at the New River Company’s Siltix mine near Mount Hope killed seven coal miners shortly after 9 a.m. The day-shift crew (7:30 a.m. to 3:30 p.m.) consisting of 48 men, entered the mine about 7:30 a.m. Employees of the 6 left and I right butts conventional loading sections reached their working faces promptly and were loading coal when the explosion occurred likely in 2 left mains section. During the examination of the 2 left mains section after the disaster, the continuous miner was found 47 feet out by the face of No. 4 room with the ripper heads at the out by edge of the crosscut right. It was apparent that the continuous miner was being moved toward the face. Further examination of the 2 left mains section revealed that considerable methane was emitting from breaks and crevices in the mine floor in Nos. 4, 5, and 6 rooms as well as at several other locations in the section. Furthermore, pillared areas of 2 left mains and particularly from the Nos. 1, 2, and 3 rooms areas were releasing from considerable methane in. Methane continued to be released from the floor openings in the rooms and other section areas and from the pillared areas for several days. Donald Legg, shuttle-car operator injured by the explosion and the only survivor of the 2 left mains crew, stated that ventilation in the six rooms had been weak. He stated further that the miner operator had complained of inadequate ventilation in Nos. 4, 5, and 6 rooms and that both the miner operator and the section foreman had found sufficient gas in these rooms on several occasions to necessitate “shutting down” the equipment. Legg mentioned that the trailing cable on his shuttle car caught on fire while he was waiting to be loaded on the return side of the section on Wednesday, July 20. Ventilation was so weak that smoke and fumes from the burning cable forced the entire crew to move back to the belt tailpiece for about 30 minutes while the area was clearing. the investigators were of the opinion that the foreman had not examined the working faces of Nos. 4, 5, and 6 rooms at any time after his arrival on the section. It was determined that arcs and sparks from the defective electric face equipment ignited the methane.

• July 24, 1926 — A bridge at Whitesville in Boone County, about 45 minutes outside of the Charleston metro area , collapsed killing six and wounding dozens when a suspension foot-bridge over Big Coal river fell at 10:45 p.m. The bridge was crowded by scores of people watching a free act being staged by the Waddell Carnival shows. One of the cables broke and spilled the spectators 30 feet to the rocks in the shallow stream below. The people, variously estimated between 50 and 200 had gathered on the bridge to watch a water “stunt” where a circus dare devil set fire to his clothes, then would jump into the river to save himself from serious burning, was staged. According to a telephone operator at East Bank, she had heard the bridge fell while state troopers were warning the crowd that the bridge was dangerous. According to reports, when the crowd stepped back to better see the performer, a turnbuckle snapped sending the crowd to the water. The bridge, erected by Boone County, had been condemned last spring and later it was repaired. The turnbuckle apparently passed unnoticed. Special train cars were dispatched to take the injured to various hospitals across the state. Some who seemed uninjured at the time succumbed to injuries after the incident.

July 25, 1966 — Plans were unveiled for four brand new state parks: Hawks Nest in Fayette County, Twin Falls in Wyoming County, Pipestem in Summers/Mercer Counties, and Caanan Valley in Tucker County. Natural Parks Director Robert McDonough presented the $28 million parks package saying, “We are planning boldly to get our share of the tourist dollar.” When completed the parks would employ over 500 residents of their respective counties and all were scheduled for completion by Spring of 1968. The state borrowed $16 million from the federal government and contributed $12 million to get the projects off the ground. The largest of which was Pipestem State Park and Caanan Valley State Park, both had budgets of $11million. The former featured an 18 hole golf course and 120 room lodge and the latter featuring a 6,000 acre ski complex.