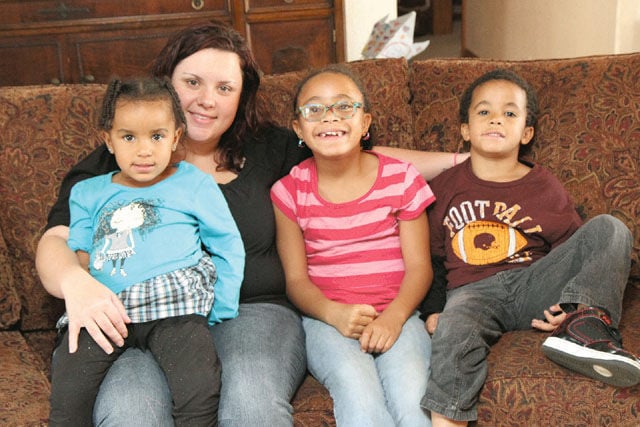 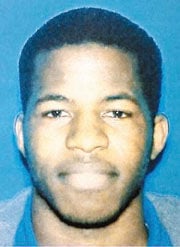 A Kansas man could face the death penalty for the murder of a mother and her three young children last November.

David C. Bennett Jr., 23, is accused of sexually assaulting Cami Umbarger, 29, hours before returning to her home in southeast Kansas to strangle her and her children - Hollie Betts, 9, Jaxon Betts, 6, and Averie Betts, 4.

A judge found probable cause for Bennett to stand trial for capital murder - or alternatively four counts of first-degree murder, one count of rape and three counts of criminal threat - after a hearing Wednesday.

Details of the crime were first made public during the hearing.

Bennett and Umbarger met at a club in Independence, Kan., about 30 miles from her home in Parsons, in June or July 2013, said Tabetha Edie, a friend of Umbarger, during the hearing. Afterwards, Bennett persistently contacted Umbarger by phone, text and online, Edie said. The contacts were threatening.

Edie said she saw messages on Umbarger's computer at the nursing home where they both worked in which Bennett threatened to assault her and called her a whore.

Another friend said she listened to a call early last November in which Bennett threatened to kill Umbarger and her children.

A former police detective described investigating a video posted by Bennett to his Facebook page in which he threatened to kill someone, though he did not say whom. Bennett was referred to a state hospital for a mental health screening.

Late last November - on the weekend before Thanksgiving - another friend of Umbarger, Steven Trammell, said he received a call at 5 or 6 a.m. Saturday. Umbarger said Bennett had broken into her home while she slept and sexually assaulted her.

Trammell said he rushed over and demanded that Bennett leave. Neither he nor Umbarger reported the incident; Trammell acknowledged that Umbarger and Bennett had a relationship before the incident.

Then, the following Monday, Parsons police received a missing persons report when Umbarger was a no-show for work. Police learned her credit card had been used at a motel in Independence where Bennett had stayed.

Parsons police and Kansas Bureau of Investigation agents discovered Umbarger's bodies and those of her children in her home that night.

Police said they found Umbarger and her oldest daughter under different beds in the room. Umbarger had been stabbed in the temple, a red shoelace was wrapped around the girl's neck.

Police found a blood-stained belt for a karate uniform on the floor. DNA matched that of Jaxon Betts, whom police found beneath a pile of clothes in a utility room.

That's also where they discovered the 4-year-old.

“She was more or less just pushed into the dryer,” testified KBI special agent Steve Rosebrough.

Autopsies determined all four were strangled to death.